In another affirmation of its drive forward to excellence, Auburn University achieved a research milestone Monday - being elevated to an “R1” institution by the Carnegie Classification of Institutions of Higher Education.

The announcement follows a concerted effort by Auburn to elevate its commitment to life-saving research, beginning with an announcement by Auburn President Steven Leath in December 2017 and subsequent awarding of $5 million for three years toward the Presidential Awards for Interdisciplinary Research, or PAIR. An R1 designation by Carnegie is reserved for doctoral universities with the highest levels of research activity.

Among 120 institutions to receive the R1 designation Monday, Auburn was listed in the top 100 of such universities, raising its classification from an already lofty “high research” R2 classification to Monday's “very high research activity” R1 label.

“This tremendous designation acknowledges the hard work involved in the pioneering discoveries happening at Auburn every day,” said Leath, who was recently named one of seven new members appointed by President Trump to the National Science Board, a policy-making body of the National Science Foundation. “We are grateful to the university’s faculty and staff, especially Graduate School Dean George Flowers, for their unwavering commitment to elevating Auburn’s profile as a world-class academic institution.

“Auburn is on the move, and this prestigious distinction recognizes Auburn’s critical role in creating new knowledge and helping others live better lives.”

Universities considered for the R1 designation must have awarded at least 20 research/scholarship doctoral degrees and had at least $5 million in total research expenditures, according to Carnegie’s classification website. Auburn has grown its research efforts in both STEM and non-STEM areas, furthering its institutional commitment to offer solutions to real-world problems and grow its reputation as a go-to university in providing results that transform and inspire.

“Auburn University is known for its innovative and transformational research, and receiving the R1 classification is a significant accomplishment,” said Jennifer Kerpelman, interim vice president for research. “This classification recognizes the dedication, commitment and hard work of Auburn’s faculty and student researchers across all disciplines.” 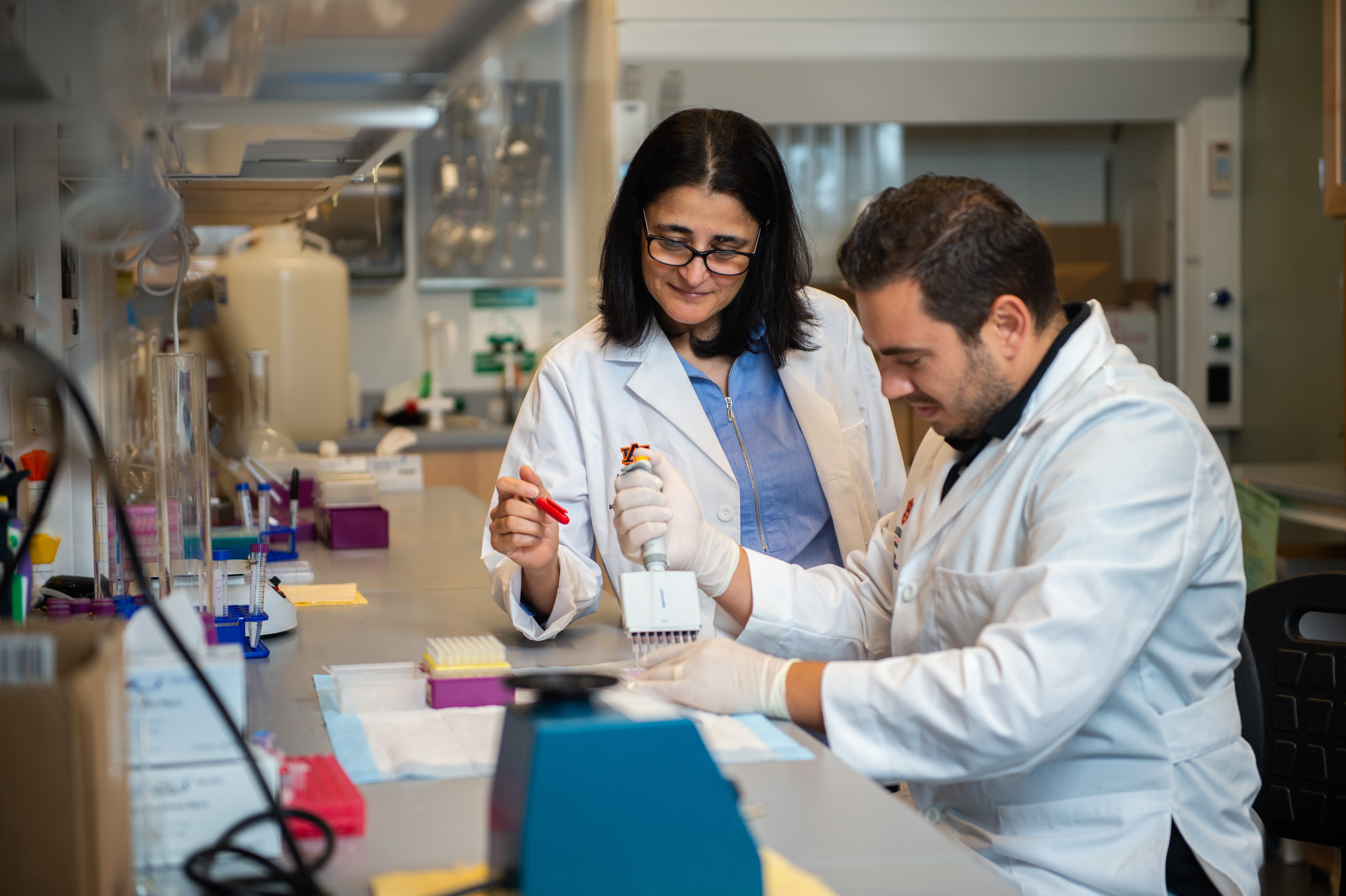 Dr. Amal Kaddoumi, left, a professor in Auburn’s Department of Drug Discovery and Development, works in a lab with graduate research assistant Sweilem Al Rihani. Kaddoumi is leading a multi-disciplinary team in an investigation of oleocanthal, a molecule that appears naturally in extra-virgin olive oil, as a novel preventative treatment for such diseases as Alzheimer’s or dementia.