Auburn University is part of a $20 million collaboration among nine Alabama universities and one private firm to develop transformative technologies in plasma science and engineering, or PSE.

The five-year effort—which is being led by the University of Alabama in Huntsville, or UAH—is funded by a grant from the National Science Foundation, or NSF, Established Program to Stimulate Competitive Research, or EPSCoR. The goals of the Future Technologies enabled by Plasma Processes, or FTPP, initiative are to develop new technologies using plasma—the most abundant form of matter in the observable universe—in hard and soft biomaterials, food safety and sterilization and space weather prediction.

“This research directly impacts two of the largest industries in the state of Alabama, space and agriculture,” said Ed Thomas Jr., interim dean, Auburn College of Sciences and Mathematics and project lead. “For more than three decades, Auburn has been a leader in plasma research, and we have one of the highest ratios of plasma physicists in our faculty in the entire nation.”

The alliance will build Alabama’s PSE research capacity, as well as the supporting workforce, while making the state a world-renowned PSE hub.

“The funding is the result of a team effort from the co-investigators in assembling the group, who generated the concepts and ideas underlying the proposal and executed the plan by writing a successful proposal,” said Gary Zank, FTPP’s principal investigator and director of UAH’s Center for Space Plasma and Aeronomic Research, or CSPAR, and the Aerojet Rocketdyne chair of the Department of Space Science.

“The Alabama EPSCoR committee that oversees all the Alabama EPSCoR activities—especially Professor Chris Lawson and his team of Alabama university vice presidents of research—was instrumental in guiding and helping us develop the proposal.”

“This grant will allow for ground-breaking plasma research to occur, accelerating new technologies for a variety of applications, and will further solidify Alabama as a leader in this field,” Shelby said. “I look forward to seeing the impact that this five-year initiative will have on the future utility of plasma science and engineering.”

Tuberville called the grant welcome news and said it is well-deserved for this innovative collaboration.

“Our state is home to many talented researchers and developers, and this funding will go a long way in making Alabama a leading pioneer in PSE research and stimulating meaningful advancements in plasma technologies,” Tuberville said.

Although different in intentions, research goals and scope from a previous $20 million NSF EPSCoR grant awarded in 2017, the new FTPP grant will continue to build plasma expertise, research and industrial capacity, as well as a highly trained and capable plasma science and engineering workforce, across Alabama.

FTTP will exploit low-temperature plasma, or LTP, physics to develop technologies for advanced materials, agriculture, food safety and health-related applications. It will use space plasma physics from the sun to the ionosphere to develop actionable space weather forecasting and nowcasting models to mitigate potentially damaging effects on spacecraft, humans and infrastructure.

Those are two of the six Grand Challenge problems identified in the Plasma 2020 decadal report. The National Academy of Sciences named Zank co-chair to produce that report in 2018, and Thomas was a member of the Plasma 2020 committee and one of the co-authors of that report.

“The FTPP project is the next step in Alabama’s and Auburn’s growing contributions in plasma science and engineering,” Thomas said. “We will use the FTPP project to continue to expand our collaborations in the state, nationally and internationally and create new educational, economic and scientific opportunities for our students and the people of Alabama.”

Proposed educational and outreach programs for college and K-12 students, collaboration with national and international partners, scientific exchange programs, workshops and internships between academic institutions and national labs and industry partners also will build PSE capacity. FTPP partnerships will work toward building a sustainable foundation from which further PSE ambitions can be realized, such as a hub for cutting edge PSE in Alabama. 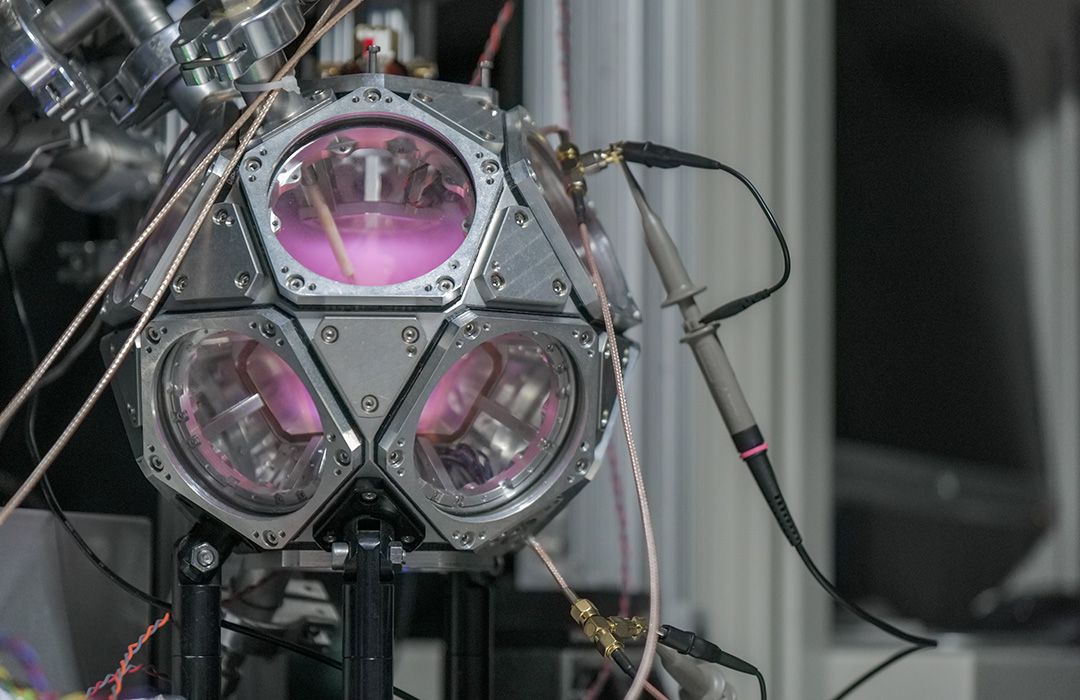 The National Science Foundation Established Program to Stimulate Competitive Research, or EPSCoR, is committing $20 million to a research collaboration among nine Alabama universities and one private firm to develop transformative technologies in plasma science and engineering.