More than 80 percent of Americans live in expanding urban areas, and suburbanites are still craving greenspace as farmland gives way to housing developments and big-box stores.

The problem is that proud homeowners use significantly more insecticides than farmers, and these insecticides kill all insects, not just the pests. Insecticides also end up in creeks and rivers through runoff, leaching or accidental release, and exposure has been linked to human health problems.

David Held, chair of the College of Agriculture’s Department of Entomology and Plant Pathology, seeks to improve pest management in urban landscapes and turf grass systems (such as lawns, city parks, stadiums and golf courses) through a better understanding of ecological relationships in the systems. In particular, he has been studying Japanese beetles, one of the most economically important pests in North America, and now Europe, for 20 years.

This tiny, copper-and-green beetle packs an oversized punch as a threat to a wide range of plants, from rose bushes to birch trees.

The adult beetles attack foliage, consuming all the leaf material between the veins, leaving just a lacy skeleton. The immature stage, called a white grub, chews through grass roots, causing the turf to brown and die.

“This beetle can damage more than 300 species of plants, including row crops, fruits and ornamental horticultural crops,” Held noted. “And the grub, which consumes grass roots, accounts for most of the insecticide applied to suburban lawns.”

The Japanese beetle was introduced to the U.S. accidentally in the early 1900s. Before that, the pest was found only on the islands of Japan, isolated by water and kept in check by natural predators.

The grubs probably hitchhiked in the soil on imported iris roots. Without anything to check their growth, the beetle proliferated, becoming a major problem.

Held and his team are taking a multi-pronged approach to controlling this pest, as well as others. For one thing, they have evaluated the use of “plant growth-promoting rhizobacteria” (PGPR), which stimulate growth in the root system of a plant. These beneficial microbes colonize the soil around grass roots (the Greek root “rhiza” actually means “root”), forming a symbiotic relationship that encourages enhanced root growth, making the roots stronger and more capable of resisting pests.

Held’s team has confirmed that grass colonized by PGPR becomes more resistant to root-feeding insects, and two patent applications outline how PGPR can be used in conjunction with, or in place of, insecticides for integrated pest management of root-feeding pests.

He has also shown that PGPRs can be mixed with the insecticides currently used to manage root-feeding white grubs or mole crickets. In solution with insecticides, the bacteria can be sustained for at least two weeks.

They are also experimenting with RNA interference (RNAi), which allows identification of a specific gene that is essential to the survival of a particular pest species and unique to that species. That specific gene is then targeted and “turned off.” Organisms without the targeted gene are not affected.

In particular, Held is experimenting with injecting the Japanese beetle with a small piece of double-stranded RNA (dsRNA), which is present in all cells and acts as a “messenger” that carries instructions from DNA to control synthesis of proteins such as enzymes.

Previous work by Held’s student showed that Japanese beetles rely on particular groups of enzymes to break down the protective toxins in plants, so their research is trying to target those enzymes. So far, they have attempted to target four genes; three in adults and larvae and one in larvae only.

“We have been successful in targeting one gene in larvae and are hoping to continue this research,” Held said. “We hope to eventually develop a commercial application, possibly a topical spray that would deliver the dsRNA like an insecticide.”

Held’s work has taken on added urgency because the Japanese beetle was discovered in Italy in 2014 and had spread to Switzerland by 2017. Europe does not allow the import of biological controls (which manage crop pests by using their natural enemies instead of pesticides), nor do EU countries have the insecticide options available in the U.S.

Targeted control with RNAi would limit the negative effects of insecticide applications and could be used in Europe as well as the U.S. Another possibility is to engineer the PGPR bacteria, which are already able to enter turfgrass with ease, to produce novel dsRNA while living temporarily inside plants. This would enable a plant able to temporarily defend itself against Japanese beetles without the use of chemical insecticides.

“Development of alternative methods of pest control that are able to target specific pests, without affecting other insects, wildlife or humans, is essential,” Held said. “And we absolutely must develop new, reduced-risk technologies to lessen our dependence on chemical insecticides.” 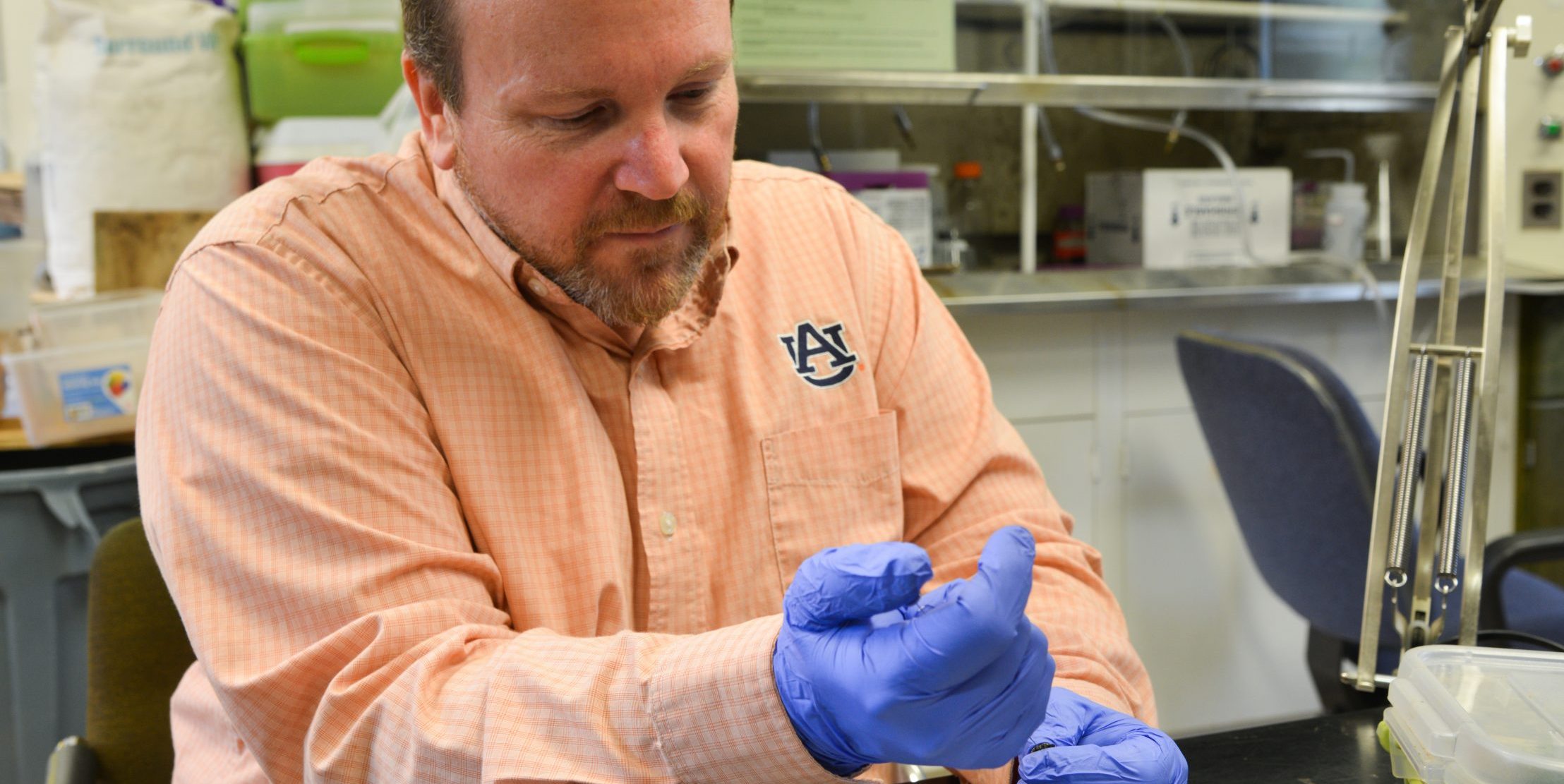