Nancy Merner, assistant professor in the Auburn University College of Veterinary Medicine’s Department of Pathobiology, recently received a $791,808 grant from the American Cancer Society to continue her research into identifying and studying genetic factors associated with hereditary breast cancer in the African American community.

“African American women have higher breast cancer incidence rates before the age of 40 than other ethnic groups in the United States,” Merner said. “They are also more likely to be diagnosed with triple-negative breast cancer, a more aggressive subtype with a poor prognosis. These facts, coupled with reports of African American males having higher breast and prostate cancer frequencies than other ethnicities, suggest that hereditary factors are involved.”

Despite the higher incidence of these cancers in the African American community, Merner said there have been an insufficient number of studies to determine the causes.

In efforts to combat this insufficiency, the Merner research team has sought out families with a history of such cancers while traveling the state, spreading cancer awareness in a pink bus called the “Gene Machine” and using online resources.

Utilizing data gathered from those participants and others, Merner and her team have conducted gene sequencing and identified protein-truncating variants, or PTVs, specific to African Americans that appear to increase inherited breast cancer risk. PTVs are genetic variants that shorten the protein-coding sequence of genes and may cause them to malfunction.

“We plan to identify these PTVs associated with breast cancer among African Americans and study how they increase risk,” Merner said. “The impact of this work will be substantial for this understudied and underrepresented group. Risk variant identification can lead to better risk assessment and tailored therapies, reducing breast cancer-related deaths.”

“Ultimately, this study will not only identify African American breast cancer risk variants, but generating and sharing this data on African American hereditary breast cancer cases will add to the limited resources currently impeding discoveries. And finally, by carrying out sub-type analyses, this proposal could specifically impact women diagnosed with triple-negative breast cancer, reducing the number of deaths from this aggressive breast cancer sub-type through better risk assessment and tailored therapies.” 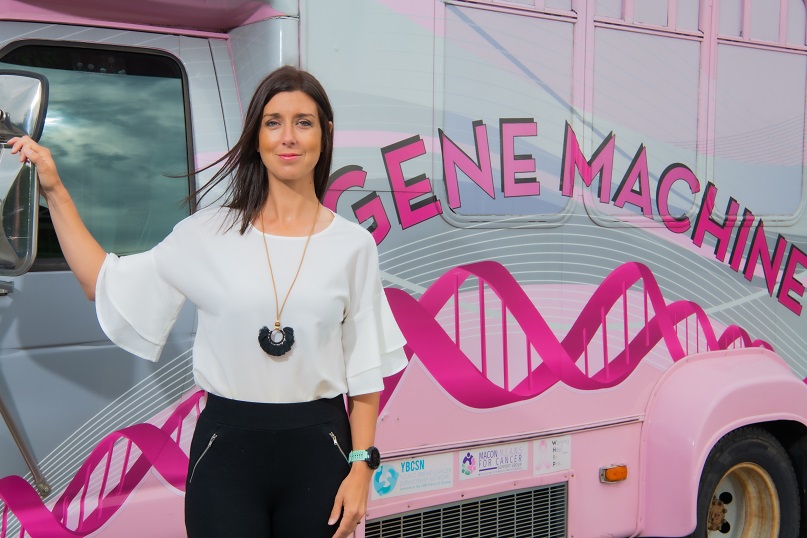 Nany Merner and the "Gene Machine"

Progress in the fight against GM1: Auburn research providing hope for children with deadly disease