Progress in the fight against GM1: Auburn research providing hope for children with deadly disease

Jojo is experiencing life like most 13-year-old girls: staying up later, watching movies, shopping and baking cookies. And now she has more liberty, but it’s a different kind of freedom.

She uses a walker, but she and her family see it as freedom, a remarkable accomplishment compared to her six months of not being able to walk prior to receiving a gene therapy treatment for her rare disease.

Jojo has GM1 gangliosidosis—an inherited disorder that progressively destroys nerve cells in the brain and spinal cord and is estimated to occur in one in 100,000 to 200,000 newborns. But her mother sees steady improvement in Jojo, who was the first child to participate in a clinical trial that has its origin in Auburn University research.

“Jojo was very ill when she was treated with gene therapy in 2019. She had great trouble swallowing and eating, and she wasn’t able to walk,” said Jojo’s mother, a family practice physician in Los Angeles. “Since treatment, Jojo eats normally and is at a normal weight for her age. She still has some challenges, but she’s made great improvements in many ways.”

The trial’s gene therapy treatment was created at Auburn’s College of Veterinary Medicine, where scientists for several decades have researched treatments to improve and extend the lives of cats affected by GM1 gangliosidosis.

GM1 gangliosidosis is caused by mutations in a gene known as GLB1, thus impairing production of the enzyme, beta-galactosidase. The treatment, administered intravenously, delivers a functional copy of the GLB1 gene that improves the enzyme activity, leading to improved neuromuscular function.

Auburn worked with the University of Massachusetts Medical School and the National Institutes of Health to move the research into helping children suffering from the disease. In 2019, Jojo became the first child to receive the one-dose treatment at NIH in Bethesda, Maryland.

“We had hoped to stop the disease’s progression, but she is showing real signs of improvement,” said Dr. Doug Martin, director of Auburn’s Scott-Ritchey Research Center in the College of Veterinary Medicine and a professor in the Department of Anatomy, Physiology and Pharmacology.

He says the treatment is very promising because it has worked well in GM1 mice and cats and is delivered by a single IV injection that takes less than an hour.

“As this trial and new trials progress, and as more patients are treated, we'll have a good idea of whether the gene therapy helps children as much as it has helped the animals,” he said. “This is certainly what we're hoping for.”

Martin says the NIH trial, which includes 11 children, is the first of three trials underway.

“Jojo actually was part of a sort of ‘pre-clinical’ trial at NIH,” Martin said. “Her condition was so poor at first that she was not qualified for the actual trial, but now she has improved enough with treatment that she would qualify.”

“Our research at Auburn has shown that GM1 in cats can be treated, so we are fortunate more institutions are seeing the possibility of moving it into cures for children.”

Martin and his fellow Auburn researchers are moving forward with additional research as well, hoping to add to the knowledge base for GM1 and the related GM2 disease, called Tay Sachs. They are testing higher doses of the treatment to help cats with GM1 and are checking the toxicity and clinical effects.

“This will provide valuable information to veterinarians and human physicians as we fight these diseases,” he said. “Additionally, because there are similarities in the pathology of GM1 gangliosidosis and Alzheimer’s disease, it is possible that the same platform being used for GM1 could someday be used to treat Alzheimer’s.”

For GM2, Auburn is testing a new generation of vector to be administered intravenously or in the spinal fluid. The current treatment for GM2 is given by an injection into the brain, but researchers are seeking a less invasive method.

Martin is leading Auburn’s effort, which was started by his mentor, Professor Emeritus Henry Baker, in the 1970s. To move the treatment toward human medicine, Martin developed a partnership with UMass Medical School researchers Drs. Miguel Sena-Esteves and Heather Gray-Edwards, an Auburn graduate, and they have worked collaboratively for 15 years, combining animal and human medicine studies to treat rare diseases that affect both animals and humans.

For Auburn graduates Sara and Michael Heatherly of Opelika, Alabama, whose son Porter was the first known case of GM1 in Alabama and died in 2016, the knowledge of a treatment is one of mixed emotions.

"We are excited to know there is hope for the future of children diagnosed with GM1,” Michael Heatherly said. “We are thankful for everyone who has dedicated their time, resources and careers to move this treatment forward.

“We understood early on the research would not help Porter, but we wanted to help spread the word of the research and the progress that was being made.”

Parents of a child with GM1 each carry one copy of the mutated gene, but they typically do not show signs and symptoms of the condition.

To honor Porter and his family—who held fundraisers for several years to support Auburn’s research—the Scott-Ritchey Research Center incorporated Porter’s likeness in a creative identity for the center.

Donations to help fund Auburn’s research into GM1 can be made online.​ 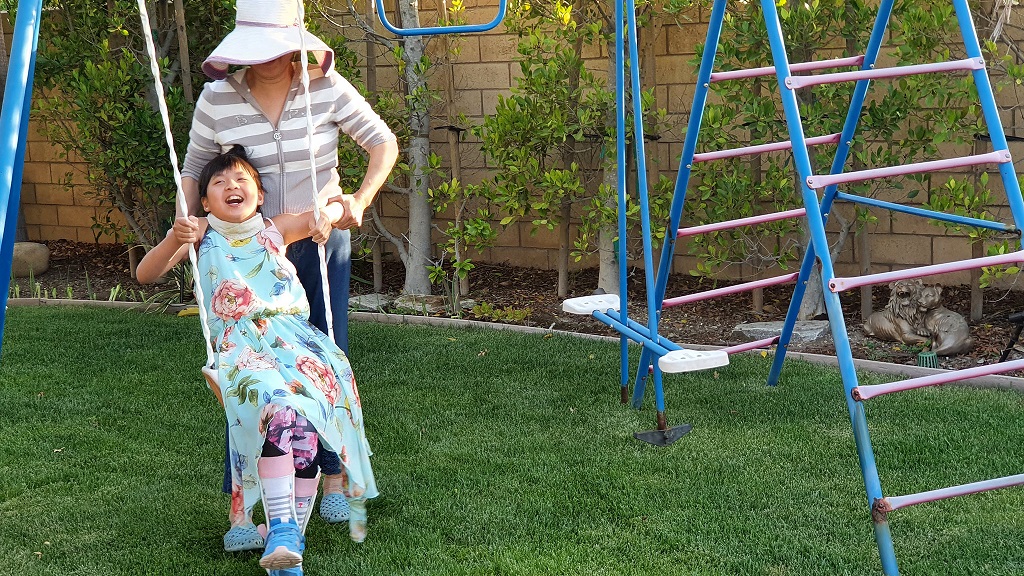 Since receiving gene therapy treatment, Jojo is able to enjoy many of the simple pleasures of life.