Three Auburn University research projects are among 14 recipients of $1.05 million in support from the Breast Cancer Research Foundation of Alabama, or BCRFA.

Merner is principal investigator on two projects—one underway with Assistant Professor Erica Stringer-Reasor of the O’Neal Comprehensive Cancer Center at the University of Alabama at Birmingham, and another with her colleague, Professor Clayton Yates, at Tuskegee University. Qian is the sole researcher in the pharmaceutical study.

“My projects are similar but distinct,” Merner said. “One is focused on inclusiveness, while the other is examining genetic risk factors associated with hereditary aspects of breast cancer in African American women.”

Merner previously had used Auburn’s Gene Machine bus to travel to underserved areas of the state to recruit participants in her studies.

“Since the COVID-19 pandemic started, we have been unable to travel and conduct our work in person,” Merner said. “Funds from this grant will enable us to conduct and continue this work virtually for enrolling participants and also support a pilot study with UAB.”

Merner’s second project employs the Alabama Hereditary Cancer Cohort that was established to reach underrepresented individuals in the state for cancer genetics research. This is being conducted in collaboration with Tuskegee University.

Qian’s research examines how medications shown to reduce breast cancer risks have been used in Alabama and their impact on breast cancer cases.

“For my work, I am using the Alabama Medicare and Medicaid insurance claims data,” Qian said. “About one woman in eight will be diagnosed with breast cancer during her lifetime. Evidence has shown that a few medications, including selective estrogen receptor modulators, such as tamoxifen and raloxifene, and aromatase inhibitors, such as anastrozole and exemestane, might help lower breast cancer risk, especially in women who are at high risk.

“However, the impact of these medications on breast cancer risk among women in Alabama is unknown. I am learning how these drugs have been prescribed in Alabama and about associated attributes such as dosage, duration and patient characteristics. I also am investigating the potential impact of those drugs on breast cancer risk among Alabama women.”

The BCRFA supports a comprehensive approach to battling breast cancer through support of collaborative and innovative research to help diagnose, treat, prevent and eradicate the disease. Since its inception in 1996, the BCRFA has raised almost $11 million to fund research at the O’Neal Comprehensive Cancer Center and with their collaborative partners. All funds raised stay in the state of Alabama, but the research will have a global, life-saving impact. 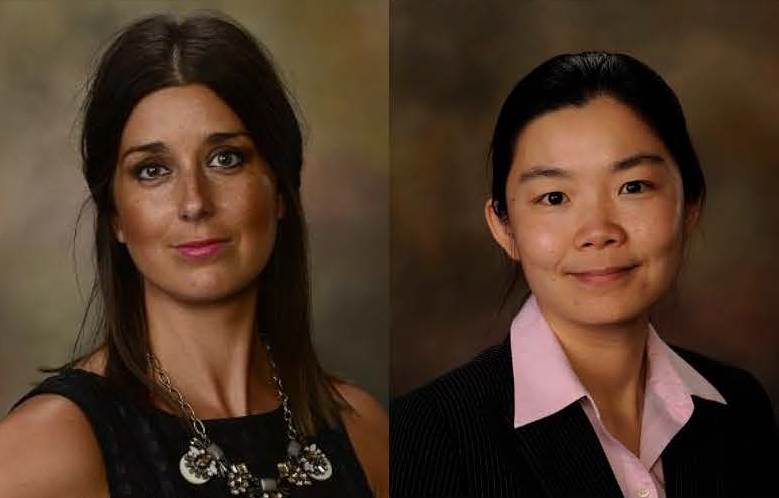 Nancy Merner (left), assistant professor in the Department of Pathobiology in Auburn’s College of Veterinary Medicine, and Jingjing Qian, an associate professor in the Department of Health Outcomes Research and Policy in Auburn’s Harrison School of Pharmacy, are leading breast cancer research projects that were named among among 14 recipients of $1.05 million in support from the Breast Cancer Research Foundation of Alabama.