Kayleigh Chalkowski, a doctoral student in the Auburn University School of Forestry and Wildlife Sciences, is leading a research study that’s making important discoveries about the scope of disease caused by a deadly parasite spread by feral cat populations—not just in Kauai, Hawaii, where the study took place—but worldwide.

The study, published recently in Pacific Conservation Biology, has public health policy implications for wherever feral cats can be found.

Researchers sampled sentinel feral chickens on Kauai as environmental indicators of the parasite Toxoplasma gondii, or T. gondii, which is spread by cats. The parasite is a leading cause of mortality among endangered species, including the monk seal, and can cause serious neurological symptoms in humans.

While the implications are for feral cats and other animals, Chalkowski’s study focused on the prevalence of T. gondii among the research area’s chicken population.

“In our study, we found that nearly 40% of chickens were positive for this parasite, and there were positive chickens at nearly every sampled site with positive correlation with proximity to the coast,” Chalkowski said.

Chris Lepczyk, a professor in the School of Forestry and Wildlife Sciences, was a coauthor on the study.

“Kauai, and the Hawaiian Islands more broadly, are really a focal point in the world for understanding how the parasite is spread across the landscape and how it is affecting ecosystem health,” Lepczyk said.

Chalkowski’s longtime field experience in the Hawaiian Islands led to a strong appreciation for effective predator control and an interest in diseases that impact endangered species as well as humans. Identifying this and other environmental factors that predict or impact T. gondii exposure is important for mitigating disease risks.

The one-year project involved collaboration with the Kauai Invasive Species Committee, Fish and Wildlife Service, and the University of Hawaii’s College of Agriculture and Human Resources Cooperative Extension.

“Given the dual interests of all these organizations in outreach and either public health agriculture or wildlife health, I think it was a good example of how partnerships can develop to work toward understanding an issue that can address concerns that relate to both conservation and public health,” she said.

Next steps for mitigation

There is a long road of research ahead before the health impacts of T. gondii are mitigated. And after that, public health policy change will be necessary.

“Our study is absolutely not the last step in this process of mitigating the health impacts of this parasite,” she said. “Detection and understanding how parasites like this may vary with environmental and landscape features are important to inform and direct mitigation efforts, but of course policy change is a crucial next step.

“Our hope is that in addition to guiding mitigation efforts, this study will also improve awareness of just how widespread and common this parasite is in public land-use areas.”

She and her team also hope this widespread awareness will result in more public support for animal control measures, such as prohibiting feeding of feral cats anywhere on the island, since the parasite is widespread—not site-specific or clustered in specific locations—and increasing trapping efforts to control feral cats.

“Stronger legislation on cat ownership would be helpful too: stricter fines for dumping or abandonment, requirements to spay or neuter and improving access for spay and neuter services, for a start,” she said.

Health risks far beyond the islands

These implications for public health policy are becoming clearer on islands such as Kauai, but they are hardly limited to that part of the world.

“Could these control efforts benefit other regions? Absolutely,” Chalkowski said. “T. gondii is not just a problem in Hawaii. This parasite is spread by domestic cats—which are found pretty much anywhere humans are found—and can infect any bird or mammal. This parasite can be found on every single continent, literally even Antarctica in marine mammals.

“This sounds crazy—clearly there are no populations of cats living in Antarctica—but it’s an example of the ability of this parasite to move through the environment and through chains of hosts.

“It is both fascinating and horrible, given how little we know about the health impacts of this parasite in many species,” she said. “This parasite is a problem worldwide, there's a lot we still don't know, and efforts to control or understand this parasite in one region may very well be helpful somewhere else.” 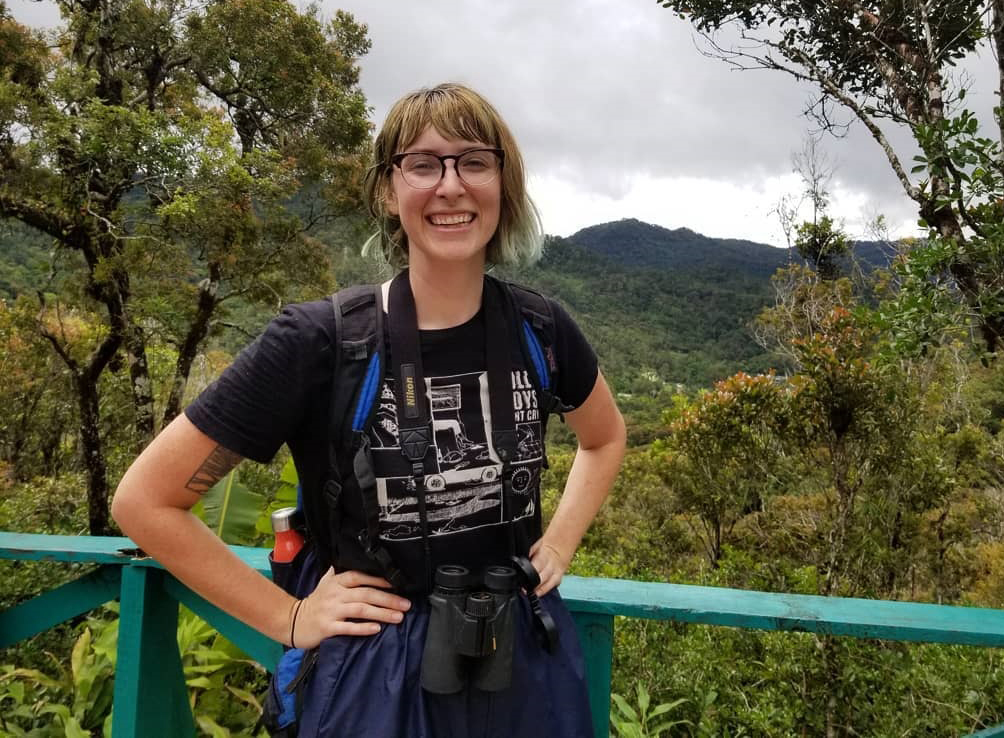 Kayleigh Chalkowski, a doctoral student in the Auburn University School of Forestry and Wildlife Sciences, is leading a research study that’s making important discoveries about the scope of disease caused by a deadly parasite spread by feral cat populations.