Auburn University College of Veterinary Medicine professor and noted neurology researcher Dr. Doug Martin has been named the recipient of the Southeastern Conference’s 2020 Faculty Achievement Award for Auburn, announced today by the SEC.

Martin, a professor in the college’s Department of Anatomy, Physiology and Pharmacology and the Scott-Ritchey Research Center, will receive a $5,000 honorarium from the SEC, and he becomes Auburn's nominee for the SEC Professor of the Year, who will be selected from 14 nominees representing SEC universities.

“In a conference known for triple-doubles, triple plays and three-peats, Dr. Martin scores big in each of our three-part mission of groundbreaking research, innovative instruction and impactful service,” Auburn President Jay Gogue said. “He personifies the best of Auburn faculty, and we’re grateful for his dedication.”

The SEC Faculty Achievement Awards, created to recognize faculty accomplishments, scholarly contributions and discoveries, were established by SEC presidents and chancellors and are administered by the SEC provosts. The awards were first presented in 2012.

“Through his commitment to pioneering discovery and saving lives, Dr. Martin exemplifies how profoundly Auburn University cares about, invests in and is transforming research to advance our society,” said Provost and Senior Vice President for Academic Affairs Bill Hardgrave. “By inspiring future generations of scholars, Dr. Martin continues to make a difference in the lives of students, both at Auburn and around the world.”

Each recipient of the SEC Faculty Achievement Award must be a full professor at an SEC university, have a performance history of extraordinary teaching and a record of scholarship that is recognized nationally or internationally. Martin’s life-changing research has garnered over $10 million in external funding to Auburn from sources including the National Institutes of Health.

“It is a remarkable and unexpected honor to receive this award,” said Martin, who received his biology degree in 1989 and his doctorate in biomedical sciences in 1999, both from Auburn. “The award signifies the hard work and expertise of my many collaborators and lab members, and I hope to represent Auburn well among the SEC universities.”

Martin has 25 years’ experience in developing therapies for fatal neurologic disorders such as Tay-Sachs disease, Sandhoff disease and GM1 gangliosidosis. He and his colleagues have demonstrated the profound therapeutic effect of engineered viruses as gene transfer agents, dramatically improving the quality of life and lifespan of affected animals. Their results have led to the first-in-human gene therapy clinical trials for children with GM1, currently underway at the National Institutes of Health.

“Our treatment is extremely promising because it has worked well in cats suffering from GM1, and it is delivered by a single IV injection that takes less than an hour,” Martin said. “We hope the therapy helps children as much as it has helped the animals.”

Parents of a child with the disease each carry one copy of the mutated gene, but they do not show signs and symptoms of the condition. Porter Heatherly, the son of Auburn graduates Sara and Michael Heatherly of Opelika, Alabama, was the first known case of GM1 in Alabama and died in 2016 at age 4.

“I have been inspired by heroic families like the Heatherlys and Porter who fought the disease,” Martin said.

In his teaching role, Martin works with numerous veterinary, graduate and undergraduate students. Among his chief accomplishments, he says, is helping to train the next generation of researchers who are shaping a better, healthier world through their own careers.

Martin has served on numerous review panels for the National Institutes of Health and international foundations and he has received many awards, such as the Above and Beyond Award from the National Tay-Sachs and Allied Diseases Association and the Zoetis Award for Veterinary Research Excellence.

He and his wife, and numerous pets, reside in Opelika and he has two step-daughters who live in Phoenix and New York City. 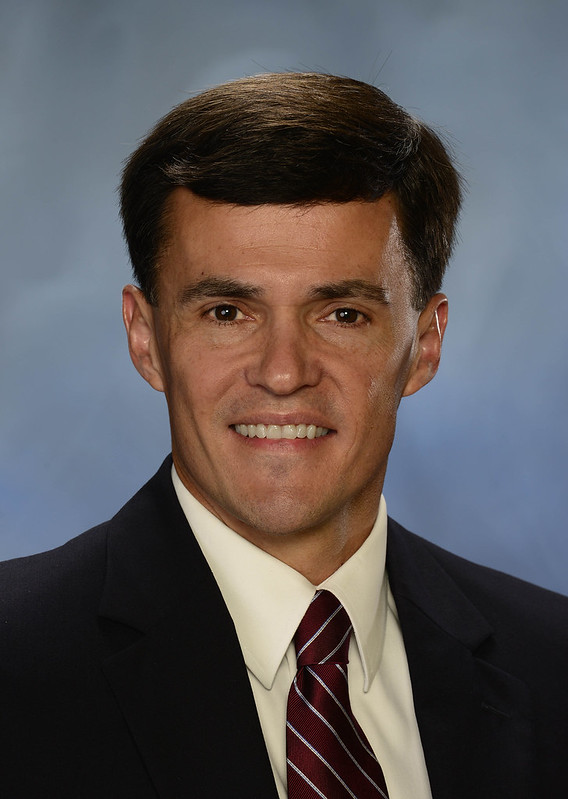 Auburn Professor Doug Martin has been named the recipient of the Southeastern Conference’s 2020 Faculty Achievement Award for Auburn. He and colleagues developed a gene therapy treatment for GM1 gangliosidosis that is in clinical trials at the National Institutes of Health.