Daniel Warner, an assistant professor in the Department of Biological Sciences, has recently been awarded a $1.1 million National Science Foundation Faculty Early Career Development Program (CAREER) Grant. His research will test three unique hypotheses studying how lizards deal with variation in their environment.

Beginning in March, the five-year project will specifically focus on how embryos deal with environmental variation. The first hypothesis to be tested, called the environmental matching hypothesis, is the idea that during development the environment might affect various characteristics of the offspring in ways that prepare them for their future environment.

To test this theory, Warner is working to simulate two distinct natural environments in the lab for incubation and will then track the survival of the offspring on man-made islands in Florida, two islands with a warm, open habitat and two others with a cooler, shaded habitat.

“I plan to take offspring lizards and put them into an environment that is matched to their phenotypes and in environments that are mismatched as well,” he said. “So, I can experimentally test to see if those early conditions have a priming effect and if they do poorly in the wrong environment if they’re mismatched.”

The second hypothesis Warner will test is the habitat choice hypothesis, which suggests that the environment-phenotype matching is achieved by the behavior of the offspring.

“The offspring may hatch with certain characteristics that have little to do with the environment during development, but yet there will still be important variation in their phenotypes. To deal with this, the offspring might actively find the right kind of microhabitats in their environment,” he said. “Essentially the hatchlings would behaviorally seek out the appropriate habitat and create their own phenotype matching as a way of dealing with environmental variation.”

The third hypothesis to be tested is the silver spoon hypothesis. This will focus on the nesting behavior of the mothers.

“The idea is the mothers are choosing the best sites available for nesting and those conditions in the nest have persistent long-term benefits on the offspring,” Warner said. “Basically, this hypothesis suggests that offspring do well because of mom’s choice (of nest site), rather than the offspring’s choices.”

Overall, testing these hypotheses will have important implications for understanding how animals will respond to major environmental changes.

The outreach portion of the project will focus on improving education of middle school students in Alabama about the process of science. Collaborating with the College of Sciences and Mathematics (COSAM) Office of Inclusion, Equity and Diversity (OIED) as well as the COSAM Office of Outreach and the Auburn University Museum of Natural History, Dr. Warner will implement a program titled Student Teacher Education in Ecological Research (STEER). The program will better train middle school teachers to teach science to students.

A two-week fellowship program will take place over the summer where the teachers will spend a week in the field assisting with field work while also developing their own research questions. The second week will be spent in the lab developing a lesson plan on how to implement a research project in the classroom. The teachers will also mentor students participating in the Greater East Alabama Regional Science & Engineering Fair.

“We want these students to do a science fair project that is actually real science, doing the whole process of science rather than reiterating what is already known,” shared Warner. “The plan is to have students will come up with a unique question and then use the scientific method to provide an answer.”

The program will collaborate with the COSAM Office of Outreach to recruit teachers, OIED to recruit student involvement and with the Natural History Museum’s Curator Camp to incorporate field work and lesson plans.

Dr. Warner said he is excited about all of the opportunities the CAREER Grant will offer.

“This is the most prestigious grant I’ve ever received,” he said. “We have some preliminary data supporting these hypotheses, but they haven’t been rigorously tested yet, which is what I plan to do with this grant.” 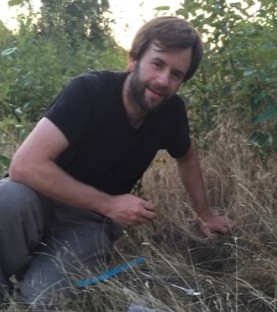