The national award, which recognizes an airport manager for efforts to foster relationships between aviation businesses and airport operators, will be presented during the association’s Industry Excellence Awards luncheon June 7 in Washington, D.C., in conjunction with its Aviation Business Conference.

"This is really a team award for everyone associated with the Auburn University Regional Airport," Hutto said. "We have a great group of talented individuals at the airport along with the unwavering support of the university’s leadership and the local community. I am humbled to be named and will accept it on everyone’s behalf."

Hutto also serves as director of the Auburn University Aviation Center and has expanded the Auburn aviation program, resulting in a rise in students over recent years. He has led efforts to expand the airport in recent years including a new aircraft ramp, T-hangars, a new terminal building, new taxiways and a new electrical system, along with other capital improvements. A new aviation education facility and maintenance hangar are scheduled to be under construction next month. His aviation-oriented outreach efforts foster growing interest across the state from aviation and aerospace industries and have paid dividends for the university, airport and local community.

"Bill and his team have done an excellent job in developing one of the strongest university airports and aviation programs in the country," Provost Timothy Boosinger said. "We are excited about the future projects and expansions."

"Once again NATA has the honor of highlighting the achievements of the individuals and organizations that make the general aviation community so great," said NATA President Martin H. Hiller. "The award winners demonstrate the dedication and ingenuity of our members in advancing the industry to the next level." 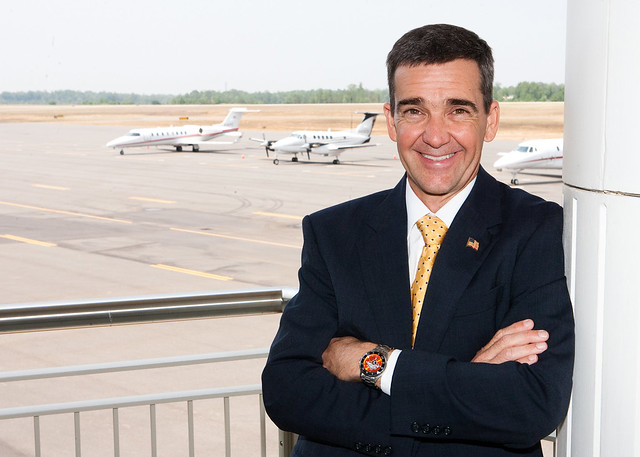