AUBURN, Alabama – John M. Mason Jr., Auburn University vice president for research and economic development and president of the Auburn Research and Technology Foundation, or ARTF, today announced that John Weete has given notice of his intention to step down as the executive director for the ARTF, effective Jan. 31.

Weete joined the ARTF as its executive director in 2007 and was responsible for the overall development and operation of the Auburn Research Park and the Auburn Business Incubator. From 2008 to 2014, he also served as acting vice president for technology transfer and commercialization at Auburn University where he oversaw the commercialization of university-owned intellectual properties.

Previously, Weete served as the vice president for research and economic development at West Virginia University and president of the West Virginia Research Corporation from 1998 to 2007. Prior to going to West Virginia University, he served on the faculty and in the administration at Auburn University from 1973 to 1998. Weete was a professor, including serving in the Alumni Professor position, in the Department of Botany and Microbiology and associate dean for research in the College of Sciences and Mathematics.

As executive director, Weete was instrumental in growing the ARTF into an operationally functional and financially stable organization, and in developing strategies for success that focused on integration and innovation. Through his efforts, the first building in the park was completed in 2008, with three additional buildings completed since then. These include the Auburn University MRI Research Center, the Hubbard Center for Advanced Science, Innovation and Commerce and the Edward Via College of Osteopathic Medicine.

“We are grateful for our association with Auburn and the opportunities it provides for both partners,” said John Rocovich, Via College of Osteopathic Medicine founder and chairman of the board. “John Weete was a central figure in our effort to open a campus in the Auburn Research Park and we have appreciated his assistance through all phases of the project, from our groundbreaking in 2012 to our first class of students in the fall of 2015.”

In 2011, Weete established the Auburn Business Incubator with state funding acquired through the assistance of Alabama Speaker of the House Mike Hubbard. In just over three and a half years, the incubator has become highly successful, providing assistance to over 22 startup or early-stage companies.

“John Weete has played a significant role in economic development in Auburn since he became the ARTF executive director,” said Auburn Mayor Bill Ham Jr. “His partnership with the city in building the Auburn Research Park as well as the highly successful incubator has allowed the city to tap into the vast resources of Auburn University in the creation of jobs and tax revenue. To further establish linkage between the city and the university in economic development, John is a vital member of the Industrial Development Board. His knowledge, experience and innovativeness have been important to Auburn economic development.”

During his stint as acting vice president for tech transfer and commercialization, he implemented successful programs and initiatives, some of which included a student intern program, the Commercialization Initiative, mentoring students in the Auburn Business Incubator, updating the university patent policy, and a database for managing the university intellectual property portfolio. During his tenure in this position, operation costs were reduced and revenues from commercializing Auburn technologies increased. Through his initiative, Auburn University became an active charter member of the National Academy of Inventors (NAI) and he worked to establish the Auburn University Chapter of the NAI.

“John Weete’s leadership and vision have been invaluable to the ARTF,” said James (Jimmy) Sanford, ARTF chairman of the board and member of the Auburn University Board of Trustees. “He has helped us reach a number of significant milestones, including the licensing of Auburn’s patented VaporWake® Technology to the ARTF and the subsequent licensing to iK9 Holding LLC, resulting in the largest license revenue generation in the history of the university.”

“We are deeply grateful for Dr. Weete’s years of service to Auburn University and to the Auburn Research and Technology Foundation,” Vice President Mason said. “He has laid important groundwork and developed critical infrastructure needed to foster collaboration between the university and the business community. Through his efforts, we are now poised to expand entrepreneurial opportunity and to contribute meaningfully to Alabama’s knowledge-based economy. It is my hope that he will be as successful in his future endeavors as he has been here, at Auburn.”

Reflecting on his time at Auburn, Weete said, “I have thoroughly enjoyed my eight years as ARTF executive director and will leave with a great since of accomplishment for the ARTF as a financially stable organization, the growth of the Auburn Research Park and success of the Auburn Business Incubator,” Weete said.

“Our mission is to advance the mission of Auburn University and I believe we have been successful in spite of the downturn of the economy that occurred when we officially opened in 2008. With improvement in the economy, I believe the organization, research park and business incubator are poised for a rapid growth phase. I greatly appreciate the support I have received from board chair Jimmy Sanford, the entire ARTF board of directors, John Mason and Mayor Ham in working with the City of Auburn. I certainly wish the ARTF great success in the future.” 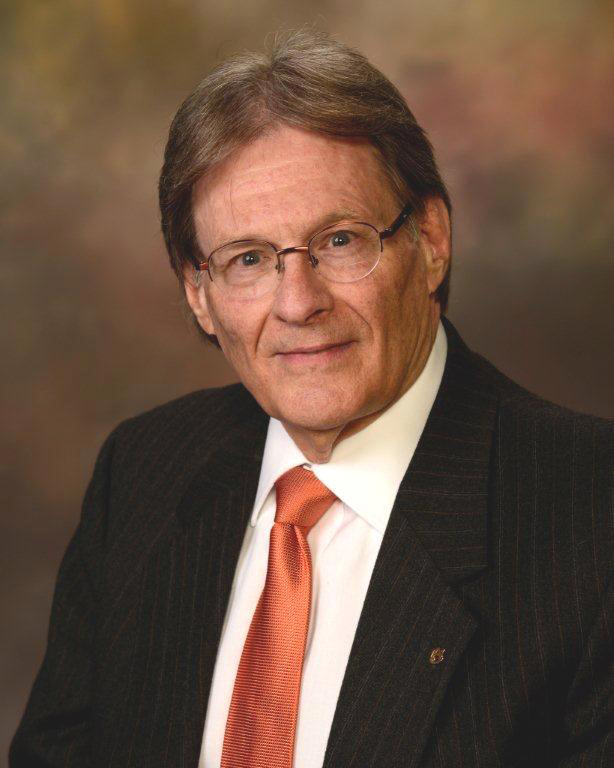