Kelly Dunning, a researcher and professor in Auburn University’s College of Forestry, Wildlife and Environment, is exploring the varied policy responses to chronic wasting disease, or CWD, among states through the Lone Mountain Fellowship at the Property and Environment Research Center in Bozeman, Montana.

CWD is spreading across the U.S. in free-ranging white-tailed deer, moose and elk herds. Dunning believes its arrival in a herd could cause a backlash among hunters, causing negative impacts on hunting license sales, funding for conservation, outdoor heritage and traditions and rural community livelihoods and well-being.

“The COVID-19 pandemic has placed significant attention on zoonotic diseases that can transmit from wildlife to humans,” said Dunning. “It is uncertain whether CWD can be transmitted in this way, but the consequences for the North American Model of Wildlife Conservation would be dire.”

According to the Association of Fish and Wildlife Agencies, the North American Model of Wildlife Conservation is one of the world’s most successful systems of policies and laws to restore and safeguard fish and wildlife and their habitats through sound science and active management.

Given the high stakes nature of the CWD issue, researchers are beginning to study public knowledge and perception of CWD, including the actions hunters may take that could endanger conservation.

Her findings could be used by fish and wildlife decision-makers to understand who is enacting what responses to CWD and to learn the regional patterns in CWD responses.

Dunning plans to co-author a scientific study examining governance of CWD and how governance varies according to states and regions. Her research is an innovative cross between biology and political science.

“Dunning’s exploration of the governance of wildlife diseases will help inform conservation decision-making,” said Janaki Alavalapati, dean of the College of Forestry, Wildlife and Environment. “This can be impactful to governance on CWD as well as other wildlife diseases.” 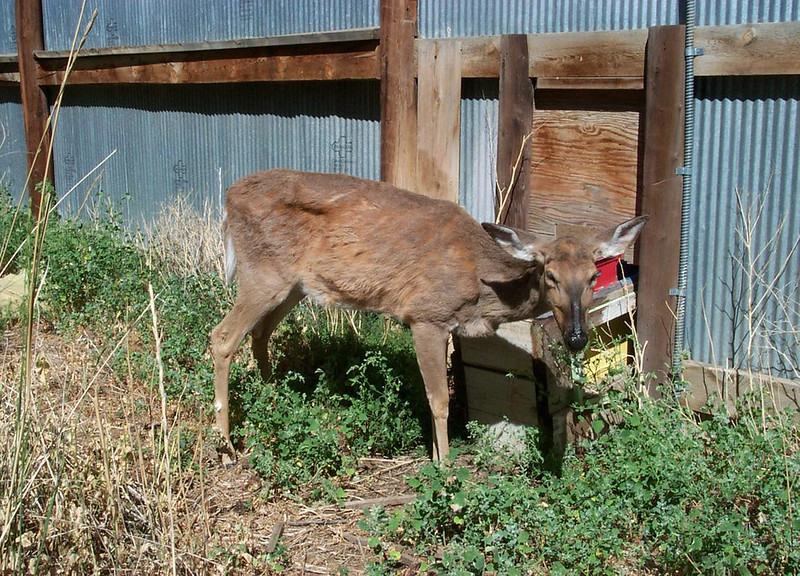 A deer with chronic wasting disease is seen outdoors. Auburn Professor Kelly Dunning plans to co-author a scientific study examining governance of the disease and how governance varies according to states and regions. (Photo by Terry Kreeger, Wyoming Game and Fish and Chronic Wasting Disease Alliance.)