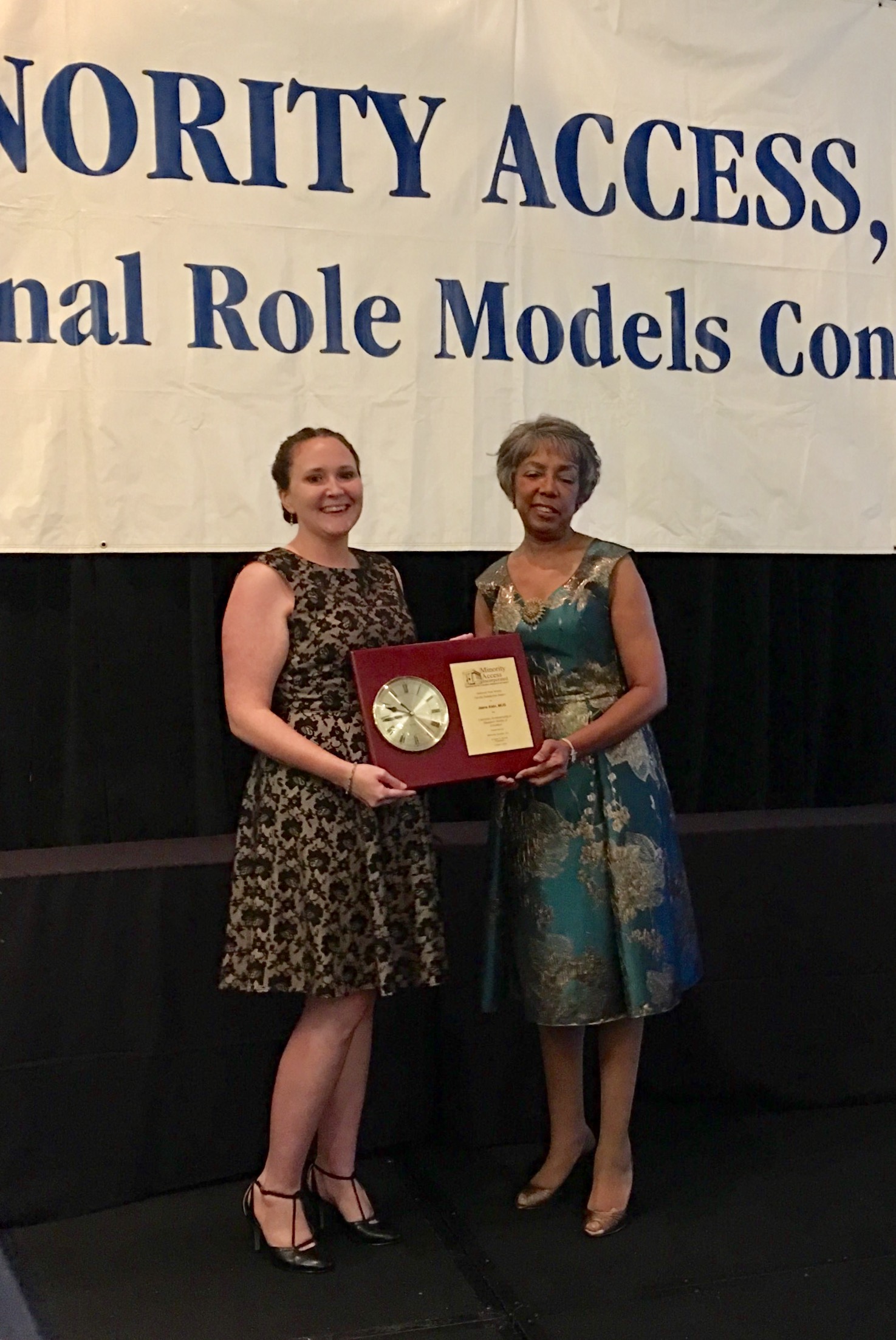 Ms. Alabi is a reference librarian for the areas of English, Psychology, and Africana Studies. In her role, she mentors underserved groups including women and minorities. She has trained students in Auburn University’s summer bridge programs to improve their library research skills, while her own research agenda focuses on racial microaggressions. In her work, she has made valuable contributions to understanding racial microaggressions in the workplace, and has often helped supervisors as well as minority and female students and staff to better understand this nuanced form of aggression. For her outstanding work, she has received the 2016 David Cohen/EMIERT Multicultural Award, given by the American Library Association to recognize recent articles that include significant new research related to the understanding and promotion of multiculturalism in libraries in North America.

Ms. Alabi and Auburn University were recognized at the 2016 National Role Models Conference in Washington, D.C. on September 30. Pictured at right are Jaena Alabi (left) and Andrea Mickle, President of Minority Access, Inc.