A new project co-led by Auburn University researchers addresses previously unexplored questions about the increasing number and distribution of feral swine in Alabama—animals that cause more than $50 million a year in damage to agriculture in the state. The research focuses on measuring the reduction in damage caused by feral swine during the implementation of the Alabama Feral Swine Control Pilot Program, or FSCP.

Professors Mark Smith, Graeme Lockaby and Stephen Ditchkoff of the School of Forestry and Wildlife Sciences were awarded a $450,000 grant to spearhead the monitoring and evaluation component of the FSCP, a cooperative effort led and funded by the Alabama Soil and Water Conservation Committee through a grant from the USDA Natural Resources Conservation Service.

The program emanated from the National Feral Swine Control Pilot Program that was established by the 2018 Farm Bill. Smith said the research and extension objectives of the grant from the Alabama Soil and Water Conservation Committee are twofold.

“First, the principle investigators and several graduate students will focus on measuring the reduction in damage caused by wild pigs on agricultural land during removal operations on select watersheds in the Alabama counties of Baldwin, Escambia, Henry, Houston and Sumter,” Smith said.

The Alabama state office of the USDA Wildlife Services will lead on-the-ground support to conduct wild pig removal. In addition, qualifying landowners will have access to substantial cost-shares on high-tech trapping equipment through the Conservation Incentives Program administered by the Alabama Soil and Water Conservation Committee to further reduce local feral swine numbers.

To meet this objective, Elizabeth Bradley, a doctoral student under the direction of Lockaby in the School of Forestry and Wildlife Sciences, will draw comparisons in water quality in several watersheds within the project area before and after the wild pigs have been removed.

Working with Smith, graduate student Arielle Fay will use an unmanned aerial vehicle to measure the changes in damage throughout the growing season to determine how wild pigs ravage crops.

Another Auburn grad student, William Green, will interview numerous landowners within the project areas to develop whole-farm estimates of damage caused by wild pigs and estimate reductions in crop damage throughout the project area, relative to removal efforts.

Smith said the second objective is to support the Alabama Soil and Water Conservation Committee by providing science-based technical training to landowners and producers who are participants in the Conservation Incentives Program portion of the project.

In addition, online technical training courses, equipment expos, seminars and a full slate of how-to videos distributed through online and social media platforms are being developed to address the project’s educational and awareness needs.

Janaki Alavalapati, dean of the School of Forestry and Wildlife Sciences, said the project will have a significant impact on the state’s ability to confront the challenge these animals have long posed.

“This research will yield previously unknown data regarding the state’s feral pig population, which will lead to crucial new strategies to control their numbers and reduce the substantial damage they have created for landowners,” Alavalapati said.

Interested landowners can visit alconservationdistricts.gov and follow the link to the Feral Swine Program, where they can enter their contact information to request further details about the program, or contact their county’s Soil and Water Conservation District office for more information. 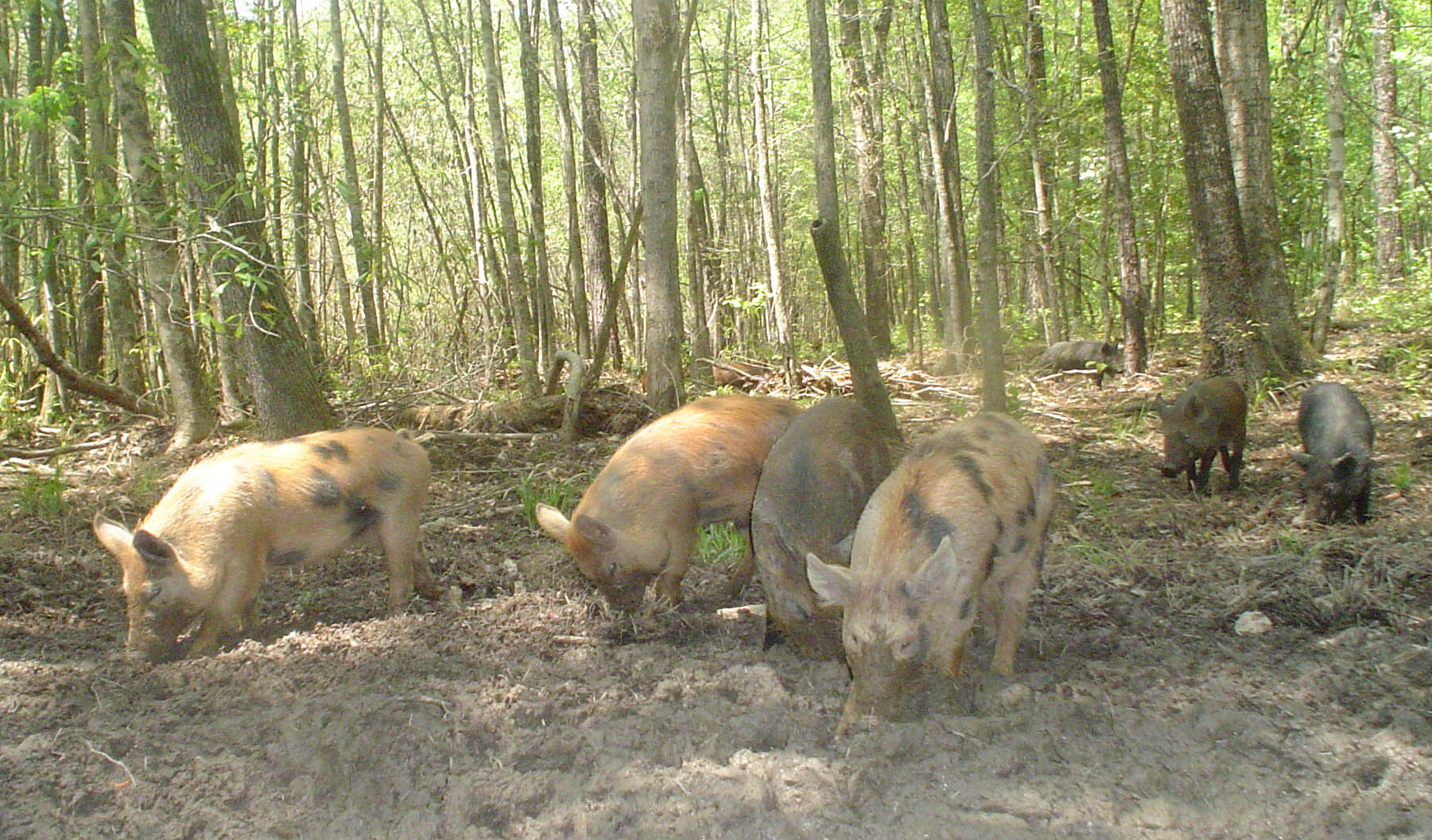