An Auburn University graduate with a doctorate in physics recently found evidence of a new atomic process, proving a theory that was made a decade ago by a former Auburn professor. The find is one that has atomic physicists excited, and it could very well unlock answers to a key cosmological question about the evolution of stars and other objects in the universe.

“This find could provide us new information about where carbon, oxygen and other elements came from in our universe, which could in turn lead to giving us a better picture at how the universe is continually evolving,” said Stuart Loch, a professor in Auburn’s Department of Physics.

The graduate who made the find is Ahmad Bassam Ahmed Nemer, and his discovery gave evidence to the theory posed in 2010 by former Auburn professor Francis Robicheaux, who now works at Purdue University. Robicheaux’s theory focused on what it known as the “recombination process,” which refers to electrons combining with atomic nuclei to form atoms. Prior to recombination, the universe was filled with a plasma of electrically charged particles.

The theory focused on a predicted process called Rydberg Enhanced Recombination, or RER, which essentially opens the question to how certain states of atomic particles might interact within the formation of planetary nebulae and symbiotic stars. Until Nemer’s recent work, there had been no observed evidence of this interactive process occurring, and so scientific models had not used this possibility in their calculations to determine the makeup of planetary nebulae, or PNe, which are created when a star blows off its outer layers after it has run out of fuel to burn. The outer layers of gas expand and form a nebula often in the shape of a ring or bubble, being round like a planet—thus, the “planetary nebula” namesake.

It was Nemer’s recent work that for the first time provided spectroscopic evidence of Robicheaux’s theory that will now change the way physicists diagnose certain atomic interactions in planetary nebulae and help them more accurately determine how much of a certain element such as carbon is in a star.

“Planetary Nebulae are one of the late stages of stellar evolution cycle, and understanding the chemical composition provides information on their formation process, the characteristics of its progenitor, and can be used as a probe for stellar evolution and galaxy metallicity,” Nemer said. “For example, the ratio of carbon to oxygen in the plasma is typically used as an indication of mixing processes in stars such as convection, and the research showed that the ratio changed by 15 percent in PNe [planetary nebulae] due to RER [Rydberg Enhanced Recombination].”

The discovery also helps physicists better assess environments around supermassive black holes at the center of galaxies, and it improves diagnostic measurements of certain low temperature plasmas known as photoionized plasmas. This ultimately could better explain the elemental composition of stars and their evolution.

Other collaborators on this project include: 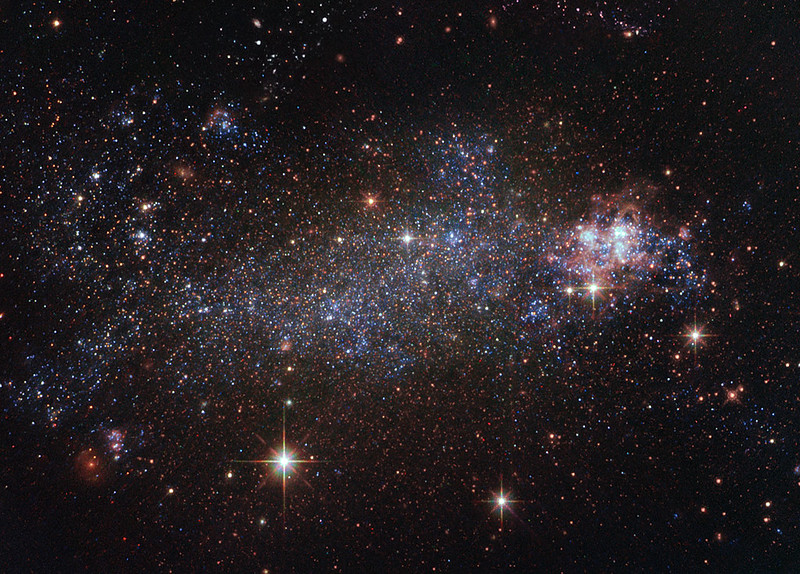 A view of space taken by the Hubble Space Telescope is pictured. Recently, Ahmad Bassam Ahmed Nemer, an Auburn University graduate with a doctorate degree in physics, proved a theory posed 10 years ago by a former Auburn professor that could unlock answers to questions about the evolution of stars and other objects in the universe. Photo courtesy of NASA.