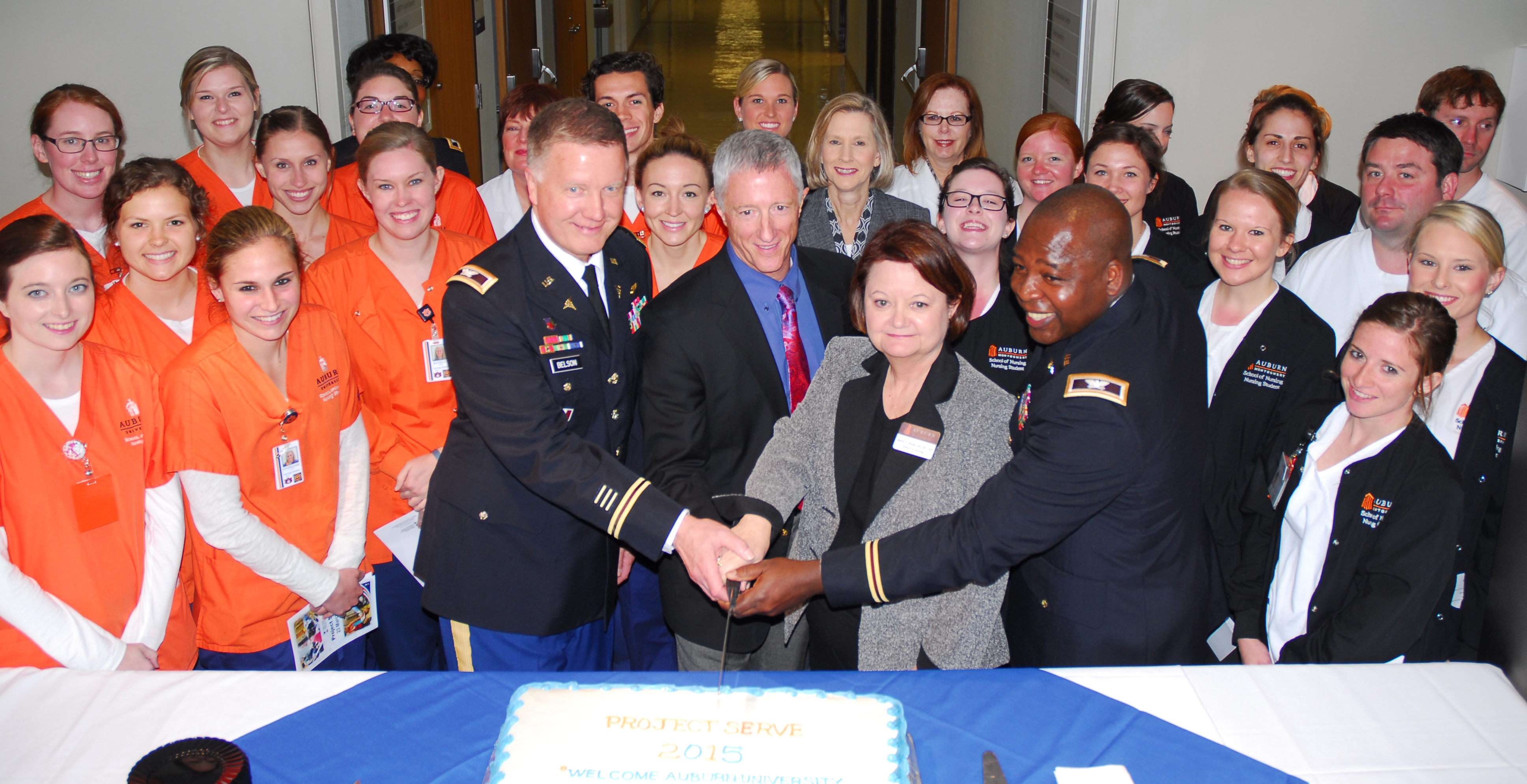 “With a growing number of service members, veterans, and their family members seeking care outside of the Military and Veterans Affairs health systems, it’s imperative for our students to be properly prepared to address their physical, as well as emotional, needs,” said Gregg Newschwander, Auburn’s nursing dean. “We are fortunate to have an agreement with Walter Reed to provide this clinical opportunity.”

Nursing faculty on both campuses had been considering ways to expand the curriculum to include exploring the health needs and challenges of military service members when David Crumbley joined the Auburn faculty in 2012 as an assistant clinical professor.

A 23-year veteran of the U.S. military, Crumbley had spent four years at what is now Walter Reed National Military Medical Center, caring for the wounded, and one year in the Veterans Administration Central Office, where he was responsible for facilitating partnership between the Department of Defense, VA and civilian agencies to enhance care coordination for the severely wounded, ill and injured warriors.

“I was motivated to do something within my first three months at Auburn,” he said. “I was encountering women who were agonizing over the behavioral problems of their sons and husbands who were suffering from traumatic brain injury and post-traumatic stress disorder. In each case, they didn’t know the warning signs or where to find help until it was too late.”

Crumbley decided to contact a former colleague in Bethesda. Navy Captain Michele Kane, a 1992 alumna of the Auburn Montgomery School of Nursing, had worked with Crumbley on several projects affecting the care of wounded soldiers, sailors, marines and airmen.

“Not only will they meet with the wounded warriors, but they will have the opportunity to meet with family members allowing them to understand the issues they face during this recovery process,” he added.

The agreement with Walter Reed outlines two objectives: Project SERVE and Project INNOVATE. The first goal is to jointly develop training opportunities for nursing students to conceptualize the challenges faced by returning service members and veterans; understand the best practices associated with caring for these individuals and their families; and disseminate the most up-to-date information on TBI and PTSD.

“It is vital that professional nursing trains and develops nurses to meet the needs of the changing landscape facing our nation as the current conflicts draw down and our nation’s heroes return home,” said McMillan.

The nursing faculty strongly believe knowledge in such areas will also be applicable for nursing students treating non-combat health conditions, such as motor vehicle accidents and head injuries; diabetic loss of limb and neuropathy; and PTSD.

For the second goal, the schools will share the knowledge gained from the collaboration with other healthcare personnel and community members via distance learning technology.

“Healthcare providers and nursing students throughout this country need to have fundamental understanding about TBI to effectively recognize these conditions and develop nursing interventions that positively impact healthcare outcomes for our veterans,” said McMillan.