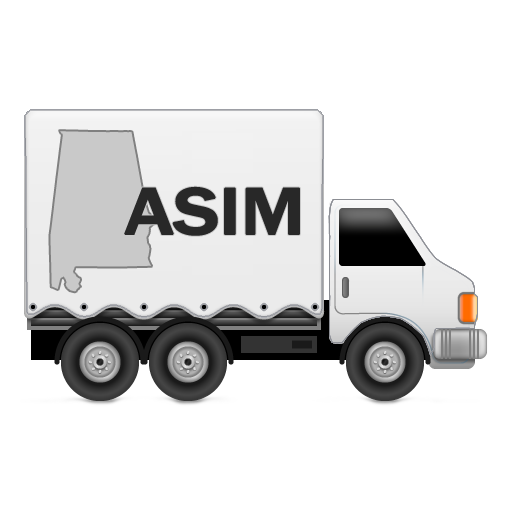 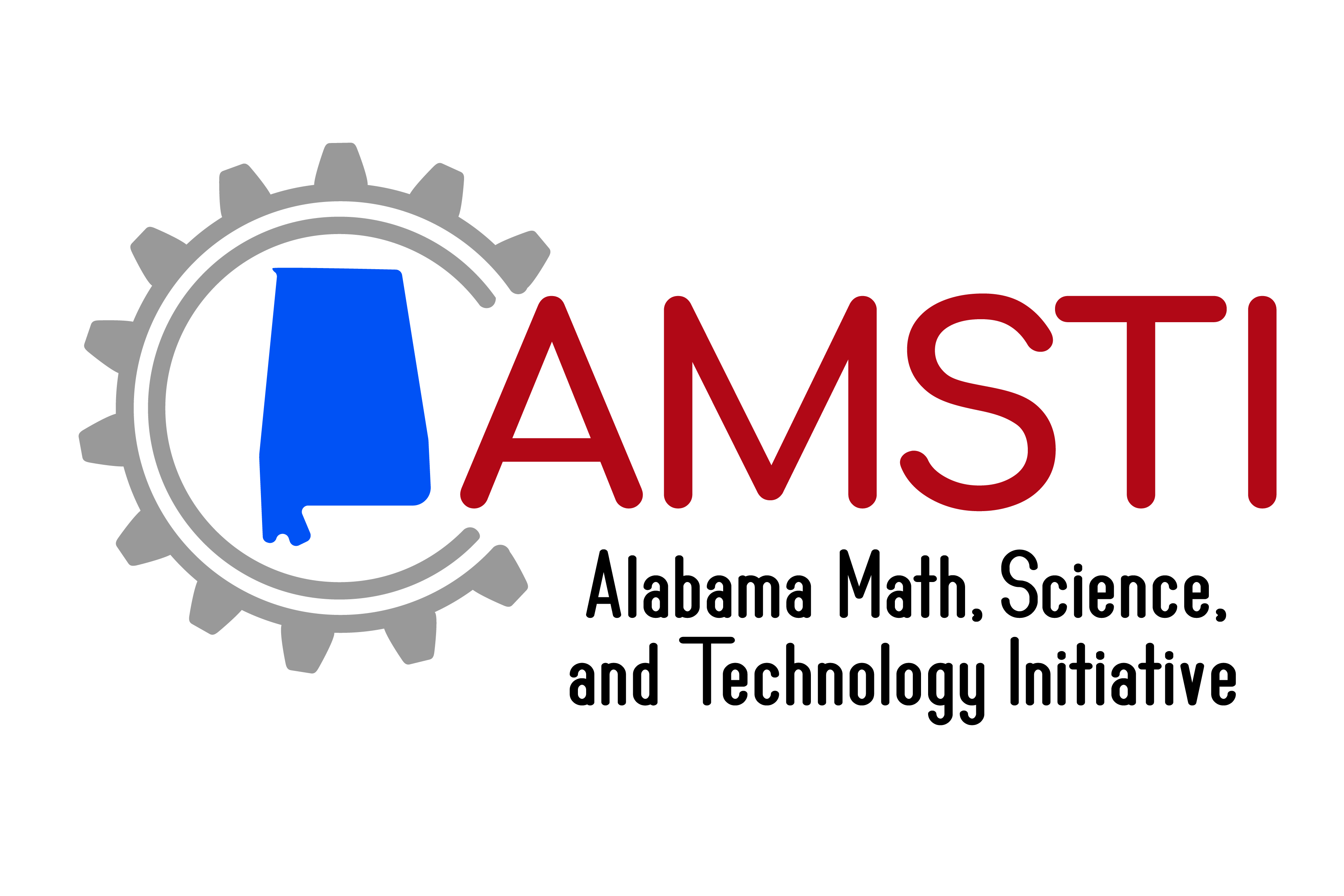 The Grades 6-12 standards on the following pages define what students should understand and be able to do by the end of each grade span. They correspond to the College- and Career-Readiness (CCR) anchor standards below by number. The CCR and grade-specific standards are necessary complements—the former providing broad standards, the latter providing additional specificity—that together define the skills and understandings that all students must demonstrate.


•Integration of Knowledge and Ideas (RST 7-9)


•Range of Reading and Level of Text Complexity (RST 10)
1.
Read closely to determine what the text says explicitly and to make logical inferences from it; cite specific textual evidence when writing or speaking to support conclusions drawn from the text.
2.
Determine central ideas or themes of a text and analyze their development; summarize the key supporting details and ideas.
3.
Analyze how and why individuals, events, or ideas develop and interact over the course of a text.
4.
Interpret words and phrases as they are used in a text, including determining technical, connotative, and figurative meanings, and analyze how specific word choices shape meaning or tone.
5.
Analyze the structure of texts, including how specific sentences, paragraphs, and larger portions of the text (e.g., a section, chapter, scene, or stanza) relate to each other and the whole.
6.
Assess how point of view or purpose shapes the content and style of a text.
7.
Integrate and evaluate content presented in diverse formats and media, including visually and quantitatively, as well as in words.
8.
Delineate and evaluate the argument and specific claims in a text, including the validity of the reasoning as well as the relevance and sufficiency of the evidence.
9.
Analyze how two or more texts address similar themes or topics in order to build knowledge or to compare the approaches the authors take.
10.
Read and comprehend complex literary and informational texts independently and proficiently.

The standards below begin at Grade 6; standards for K-5 writing in history/social studies, science, and technical subjects are integrated into the K-5 writing standards. The CCR anchor standards and high school standards in literacy work in tandem to define college- and career-readiness expectations—the former providing broad standards, the latter providing additional specificity.


•Production and Distribution of Writing (WHST 4-6)


•Range of Writing (WHST 10)
1.
Write arguments to support claims in an analysis of substantive topics or texts using valid reasoning and relevant and sufficient evidence.
2.
Write informative/explanatory texts to examine and convey complex ideas and information clearly and accurately through the effective selection, organization, and analysis of content.
3.
Write narratives to develop real or imagined experiences or events using effective technique, well-chosen details, and well-structured event sequences.
4.
Produce clear and coherent writing in which the development, organization, and style are appropriate to task, purpose, and audience.
5.
Develop and strengthen writing as needed by planning, revising, editing,rewriting, or typing a new approach.
6.
Use technology, including the Internet, to produce and publish writing and to interact and collaborate with others.

7.
Conduct short as well as more sustained research projects based on focused questions, demonstrating understanding of the subject under investigation.
8.
Gather relevant information from multiple print and digital sources, assess the credibility and accuracy of each souce, and integrate the information while avoiding plagiarism.
9.
Draw evidence from literary or informational texts to support analysis, reflection, and research.
10.
Write routinely over extended time frames (time for research, reflection, and revision) and shorter time frames (a single sitting or a day or two) for a range of tasks, purposes, and audiences.

Physical Science is a conceptual, inquiry-based course that provides students with an investigation of the basic concepts of chemistry and physics. Students use evidence from their own investigations as well as the investigations of others to develop and refine knowledge of core ideas. Increased sophistication, both of their model-based explanations and the argumentation by which evidence and explanation are linked, is developed through language and mathematical skills appropriate to the individual student’s cognitive ability level. The standards provide a depth of conceptual understanding that will adequately prepare them for college, career, and citizenship with an appropriate level of scientific literacy. Resources specific to the local area as well as external resources, including evidence-based literature found within scientific journals, should be used to extend and increase the complexity of the core ideas.

Content standards are organized according to the disciplinary core ideas for the Physical Science domain. The core idea, Matter and Its Interactions, deals with the substances and processes that encompass our universe on both microscopic and macroscopic levels. The second core idea, Motion and Stability: Forces and Interactions, includes the components of forces and motion, types of interactions, and stability/instability in physical systems. The third core idea, Energy, involves the conservation of energy, energy transformations, and applications of energy to everyday life. The fourth core idea, Waves and Their Applications in Technologies for Information Transfer, examines wave properties, electromagnetic radiation, and information technologies and instrumentation. Integrated within the disciplinary core ideas of Physical Science are the Engineering, Technology, and Applications of Science (ETS) core ideas. The ETS core ideas require students to use tools and materials to solve simple problems and to use representations to convey design solutions to a problem and determine which is most appropriate.
1.
Use the periodic table as a model to predict the relative properties and trends (e.g., reactivity of metals; types of bonds formed, including ionic, covalent, and polar covalent; numbers of bonds formed; reactions with oxygen) of main group elements based on the patterns of valence electrons in atoms.
2.
Plan and carry out investigations (e.g., squeezing a balloon, placing a balloon on ice) to identify the relationships that exist among the pressure, volume, density, and temperature of a confined gas.
3.
Analyze and interpret data from a simple chemical reaction or combustion reaction involving main group elements.
4.
Analyze and interpret data using acid-base indicators (e.g., color-changing markers, pH paper) to distinguish between acids and bases, including comparisons between strong and weak acids and bases.
5.
Use mathematical representations to support and verify the claim that atoms, and therefore mass, are conserved during a simple chemical reaction.
6.
Develop models to illustrate the concept of half-life for radioactive decay.

a. Research and communicate information about types of naturally occurring radiation and their properties.

b. Develop arguments for and against nuclear power generation compared to other types of power generation.
7.
Analyze and interpret data for one- and two-dimensional motion applying basic concepts of distance, displacement, speed, velocity, and acceleration (e.g., velocity versus time graphs, displacement versus time graphs, acceleration versus time graphs).
8.
Apply Newton’s laws to predict the motion of a system by constructing force diagrams that identify the external forces acting on the system, including friction (e.g., a book on a table, an object being pushed across a floor, an accelerating car).
9.
Use mathematical equations (e.g., (m1v1 + m2v2) before = (m1v1 + m2v2) after) and diagrams to explain that the total momentum of a system of objects is conserved when there is no net external force on the system.

a. Use the laws of conservation of mechanical energy and momentum to predict the result of one-dimensional elastic collisions.
10.
Construct simple series and parallel circuits containing resistors and batteries and apply Ohm’s law to solve typical problems demonstrating the effect of changing values of resistors and voltages.
11.
Design and conduct investigations to verify the law of conservation of energy, including transformations of potential energy, kinetic energy, thermal energy, and the effect of any work performed on or by the system.
12.
Design, build, and test the ability of a device (e.g., Rube Goldberg devices, wind turbines, solar cells, solar ovens) to convert one form of energy into another form of energy.
13.
Use mathematical representations to demonstrate the relationships among wavelength, frequency, and speed of waves (e.g., the relation v = λ f) traveling in various media (e.g., electromagnetic radiation traveling in a vacuum and glass, sound waves traveling through air and water, seismic waves traveling through Earth).
14.
Propose and defend a hypothesis based on information gathered from published materials (e.g., trade books, magazines, Internet resources, videos) for and against various claims for the safety of electromagnetic radiation.
15.
Obtain and communicate information from published materials to explain how transmitting and receiving devices (e.g., cellular telephones, medical-imaging technology, solar cells, wireless Internet, scanners, Sound Navigation and Ranging [SONAR]) use the principles of wave behavior and wave interactions with matter to transmit and capture information and energy.

Preamble
1.
Investigate and analyze, based on evidence obtained through observation or experimental design, the motion of an object using both graphical and mathematical models (e.g., creating or interpreting graphs of position, velocity, and acceleration versus time graphs for one- and two-dimensional motion; solving problems using kinematic equations for the case of constant acceleration) that may include descriptors such as position, distance traveled, displacement, speed, velocity, and acceleration.
2.
Identify external forces in a system and apply Newton’s laws graphically by using models such as free-body diagrams to explain how the motion of an object is affected, ranging from simple to complex, and including circular motion.

b. Use mathematical computations to explain the nature of forces (e.g., tension, friction, normal) related to Newton’s second and third laws.
3.
Evaluate qualitatively and quantitatively the relationship between the force acting on an object, the time of interaction, and the change in momentum using the impulse-momentum theorem.
4.
Identify and analyze forces responsible for changes in rotational motion and develop an understanding of the effect of rotational inertia on the motion of a rotating object (e.g., merry-go-round, spinning toy, spinning figure skater, stellar collapse [supernova], rapidly spinning pulsar).
5.
Construct models that illustrate how energy is related to work performed on or by an object and explain how different forms of energy are transformed from one form to another
(e.g., distinguishing between kinetic, potential, and other forms of energy such as thermal and sound; applying both the work-energy theorem and the law of conservation of energy to systems such as roller coasters, falling objects, and spring-mass systems; discussing the effect of frictional forces on energy conservation and how it affects the motion of an object).
6.
Investigate collisions, both elastic and inelastic, to evaluate the effects on momentum and energy conservation.
7.
Plan and carry out investigations to provide evidence that the first and second laws of thermodynamics relate work and heat transfers to the change in internal energy of a system with limits on the ability to do useful work (e.g., heat engine transforming heat at high temperature into mechanical energy and low-temperature waste heat, refrigerator absorbing heat from the cold reservoir and giving off heat to the hot reservoir with work being done).

b. Engage in argument from evidence regarding how the second law of thermodynamics applies to the entropy of open and closed systems.
8.
Investigate the nature of wave behavior to illustrate the concept of the superposition principle responsible for wave patterns, constructive and destructive interference, and standing waves (e.g., organ pipes, tuned exhaust systems).

a. Predict and explore how wave behavior is applied to scientific phenomena such as the Doppler effect and Sound Navigation and Ranging (SONAR).
9.
Obtain and evaluate information regarding technical devices to describe wave propagation of electromagnetic radiation and compare it to sound propagation. (e.g., wireless telephones, magnetic resonance imaging [MRI], microwave systems, Radio Detection and Ranging [RADAR], SONAR, ultrasound).
10.
Plan and carry out investigations that evaluate the mathematical explanations of light as related to optical systems (e.g., reflection, refraction, diffraction, intensity, polarization, Snell’s law, the inverse square law).
11.
Develop and use models to illustrate electric and magnetic fields, including how each is created (e.g., charging by either conduction or induction and polarizing; sketching field lines for situations such as point charges, a charged straight wire, or a current carrying wires such as solenoids; calculating the forces due to Coulomb’s laws), and predict the motion of charged particles in each field and the energy required to move a charge between two points in each field.
12.
Use the principles of Ohm’s and Kirchhoff’s laws to design, construct, and analyze combination circuits using typical components (e.g., resistors, capacitors, diodes, sources of power).